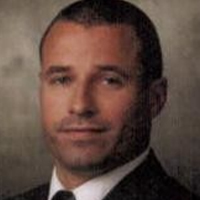 Senior c-suite executive with over 20 year’s experience in global IT support services and organizations across retail, financial, manufacturing and healthcare industries. Chief information officer reporting directly to the CEO with overall IT leadership for the Maxol group. Responsible for 237 retail stores, 3 Head offices, a manufacturing warehouse. Overall responsibility for additional areas of cyber security and GDPR for the Maxol Group. Previous work experience in global retail and pharmaceutical environments in Applegreen, Lidl with and extensive career in Colgate Palmolive for over 9 years working through various role up to a senior global IT manager. Summarisation of IT leadership experience •Head of IT Operations for Applegreen with overall IT leadership. Responsible for 500 retail stores, Head offices, distribution centre and fuel terminals in Ireland, UK and US supporting over 11,000 employees including offshore outsourced technical and financial services organisations in India. •Head of IT Projects & Operations for Lidl Ireland with overall leadership for project and operations. Responsible for management and implementation for 190 retail stores and 4 distribution centres in Ireland supporting over 5,000 employees. International IT and business strategy alignment with IT global functions in Germany. •Management of globally dispersed IT teams with overall responsibility of all centralized IT software operations for 36,000 users in 224 sites across 180 countries. Providing strategic direction of all operations including fostering process implementation and standardization for global IT functions while stimulating and shaping the demand for IT services. Delivery of people leadership for team development and utilization for successful provision of IT services globally.

Opening Keynote | Fuelling For The Future With IT

The changing evolvement of the retail forecourt industry and rapidly evolving customer journeys means that traditional fuel forecourt businesses like Maxol are required to develop their business planning and investment strategies to move away from a dependency on traditional liquid fuels into more convenient retail focus and to venture beyond their traditional capabilities to get ahead of the many different players positioning themselves for success in this rapidly evolving industry.

As a 110-year-old 4th generation family company competing in a very competitive Irish market of multinational global brands with significantly larger turnover and investment the challenge is ensuring the company can keep pace in the Market place and leveraging opportunities through IT transformation across the business.  The unique insights provided by the CIO is assessing the current IT landscape and leveraging and planning IT transformation across all core business functions. Bringing data and information to the forefront of our business, enabling IT services for more efficient process and generation of revenue while ensuring the business stays protected and secure. Ensuring the IT strategy aligns with the evolving business strategy and providing key insights for first in market opportunities to give competitive marketplace advantage. 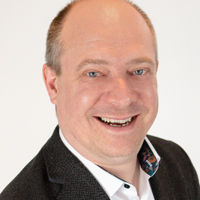 Dr Christopher Royles, Principal Systems Engineer Chris is a Principal Systems Engineer at Cloudera helping organisations deliver actionable insight from vast and complex data. He holds a PhD in Artificial Intelligence, having interests in Semantic, Linked and Open Data domains. Chris has advised on Government Open Data initiatives as part of the Open Data User Group (ODUG) and sat on the quick wins stream of the UK Government Cloud Program (GCloud). Prior to joining Cloudera Chris was an Architect at Oracle focused on the Discovery and Big Data Analytics portfolio. While at Pitney Bowes, Chris designed and brought to market MapInfo Crime Profiler that is used globally to maximize resourcing of law enforcement agencies.

Building a data-driven culture across the enterprise no longer has to add layers of complexity that impact business agility.  As the growth and distribution of data continues, businesses must provide employees easy access to the data needed to make the right decisions.

In this session we will explore the distribution of data and analytics, wherever the data is sourced, how modern data architectures are helping drive optimised processes, supported by consistent security and compliance across the Hybrid Data Cloud.  We believe where data flows, ideas follow 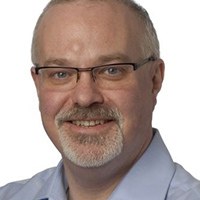 Head of IT and Member Services

Eoin is a 40-year veteran of the IT industry. During his career, he has worked in all aspects of the industry from programmer to consultant, and for major international tech players such as Intel and Dell, as well as many domestic companies. He has managed the acquisition and successful commissioning of multi-million-dollar systems and has worked on several transformation projects. He has contributed to research projects with Trinity College Dublin in the area of Delay Tolerant Networking. He has experience of manufacturing, finance, telecommunications, and research, and gained an MSc in Internet of Things before it was called the Internet of Things! He is a Fellow of the Irish Computer Society, and the first Chartered IT Professional chartered by the Irish Computer Society. He has lectured at bachelor’s and master’s degree level in the areas of Networking, Programming, IT Management, Computer Architecture and Operating System principles. Eoin is currently overseeing a major digital transformation project for a large nationwide Irish charity with nearly 1,000 members and a fleet of 38 ambulances. This includes designing and driving a corporate IT strategy to modernise operations in an increasingly regulated environment.

Think Tank | Going Back To The Roots; The St. John Ambulance IT Transformation Journey

Head of IT and Member Services

Richard Meeus, Security Technology and Strategy Director, Akamai Technologies. Richard Meeus has over 20 years of experience in designing and building secure solutions working as pre/post-sales, in addition to consulting roles. He has worked on some of the world's largest enterprise security solutions through Mirapoint, to being a key pre-sales component of Prolexic as it spearheaded the DDOS protection space.

Executive Visions Partner: Have You Been Breached Yet?

Fallen victim to a data breach yet? If not, your organisation is one of the lucky ones - for now. Cyber attackers are using ever more sophisticated attempts to execute cyber-attacks on a daily basis. Realistically, it's unlikely that an organisation can swerve an attack without robust cyber security measures already in-place to prevent, detect and mitigate cyber threats.

Hear from Akamai's EMEA Director of Security Technology and Strategy Richard Meeus and: 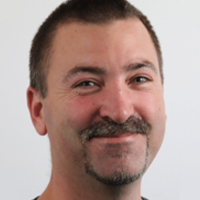 Eoin is a CIO and CISO with over 25 years’ experience in regulated industries. He is a passionate advocate for the convergence of Service Management, Development, Security and Privacy. He holds the following certifications: CISSP, ISSMP, ISSAP, ISSEP, CISA, CRISC, ISO 27001 LA and CIPP/E 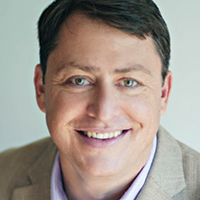 Jeff Manning is Centripetal’s Chief Revenue Officer. In this role he is responsible for the company’s worldwide go-to-market, leveraging a career that spans over 25 years of leadership roles in sales, business development, marketing, fund raising, and M&A in the networking and security industries. Mr Manning has held senior Executive roles with Cybera, Cradlepoint, Motorola, AirDefense, and Lucent Technologies He remains an active Alumni Advisor at the University of Massachusetts, Amherst where he studied Law and Psychology and conducted his postgraduate professional studies at Cornell and Columbia University. Jeff lives in the greater Boston area. 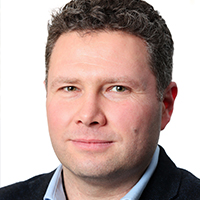 James Louttit, Chief Information Officer, Cpl. Louttit became CIO of Cpl in February 2018. His career has spanned all elements of IT, from early days as a developer, tester and business analyst through the ranks of increasingly complex project and programme management roles in Retail, Healthcare, Financial Services and Recruitment. He has led the communities of practice for IT Analysis & Design and Project Management and is a passionate advocate for sustainable IT work – meaning a sensible work / life balance. Since joining Cpl, he has led a full agile transformation of Cpl’s IT delivery and led the team that won the 2020 Technology Transformation “Tiara” award. In his spare time, Louttit runs a regular LinkedIn vlog on Successful Careers in IT and Project Management tips https://www.linkedin.com/in/james-louttit/

Think Tank | Agile Project Management: What Can I Do as A CIO To Help My Team Succeed? 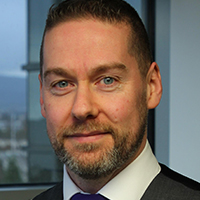 Stuart is an experienced technology leader with over 25 years of experience across the private and public sector, predominantly in the heavily regulated financial services industry. He is responsible for Goodbody’s technology strategy, infrastructure architecture and information security in addition to leading the delivery of key technology change and operational management of the firm’s technology services and outsourced/managed service providers. He has a track record of successfully delivering innovative technology solutions and strategic transformation initiatives supporting the firm’s overall business strategy whilst ensuring regulatory compliance, security, resilience and availability.

The risk extends beyond the perimeter and requires extending your protections against external, insider, and 3rd party threats. It's not just your perimeter that is at risk, it's your customers, your supply chain, your staff, and your business reputation that could be easily tarnished with just one breach. 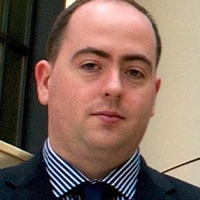 VP of Information Security & IT

Tony is VP of IT Operations and Information Security at Marken who provide flexible supply chain solutions for the clinical trial landscape. He started his career in electronics and transitioned into Information Technology where he began to focus in cybersecurity. Tony worked in consultancy for several years providing IT services and building environments for banking, telecoms, government, UN and EU agencies. Over the last 20 years, Tony has provided IT & security services to several organisations across a wide variety of industries before specialising in healthcare. His previous role was Head of Information Security with ICON Clinical Research where he led a global security team and won several Cybersecurity awards. He is a strong believer in contributing to the IT & security community and is currently chair of the Health-ISAC European Council. Tony has been a speaker and expert panel participant discussing cybersecurity topics across European and US security conferences including H-ISAC, ISACA & OWASP events. He holds a M.Sc. in Security and Forensic computing and an M.Sc. in Artificial Intelligence, a post-graduate certificate in Artificial Intelligence, drug development and numerous IT, cybersecurity, privacy and artificial intelligence certifications. LinkedIn: https://www.linkedin.com/in/tonyclarke/

This session will show how Marken a leader in Clinical Trial logistics transitioned from a largely manual service desk to automating the majority of common IT service desk requests. You will hear first hand about the experience in transitioning tasks to automated processes and hear first-hand about the business benefits, effort involved, pitfalls and lessons learnt. After this session you will be better positioned to understand the benefits that ITSM automation can bring to your organisation.

VP of Information Security & IT

Think Tank | What Can I Do as A CIO To Help My Team Succeed?

If data remains as a high valued commodity, ensuring data privacy and securing personal data will continue to be at the top of the list of an organization's concerns. The increases in privacy legislation, such as GDPR and CCPA, and the understanding of the ramifications stemming from a breach have allowed these concerns to remain heavily in the spotlight. Web application flaws have been identified as the top cause of data breaches. As such, establishing and maintaining web application security has developed into a high priority for all organizations.

Closing Keynote| Time for a change! A Practical Approach to Cultivating a Security Culture

5:00 PM - 5:25 PM
The manifestation of threats is not necessarily a given. Yet, protecting against threats always comes with a price. So, how do we cultivate a security culture when we cannot argue a guaranteed return of everyone’s investment?